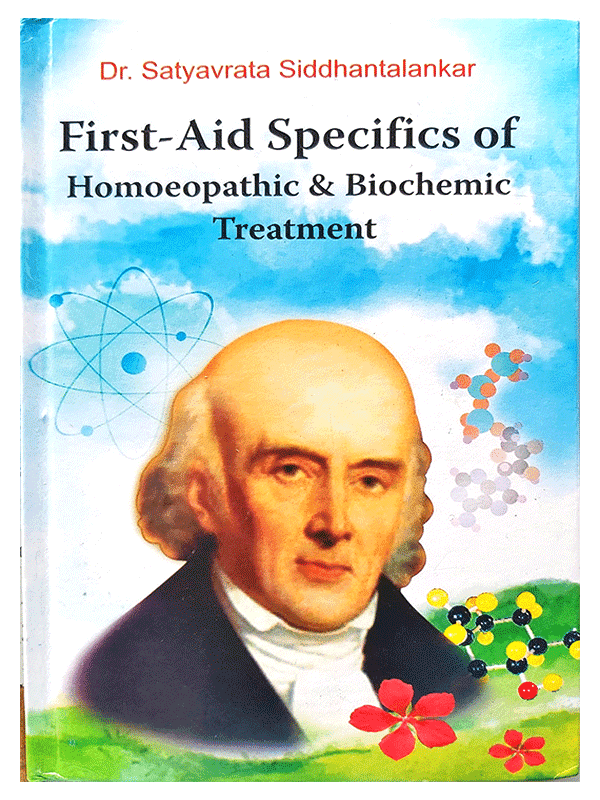 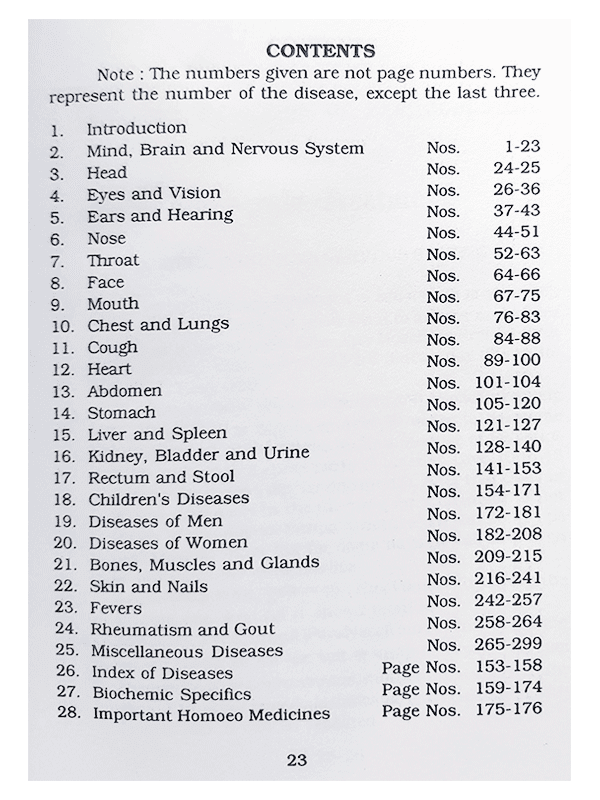 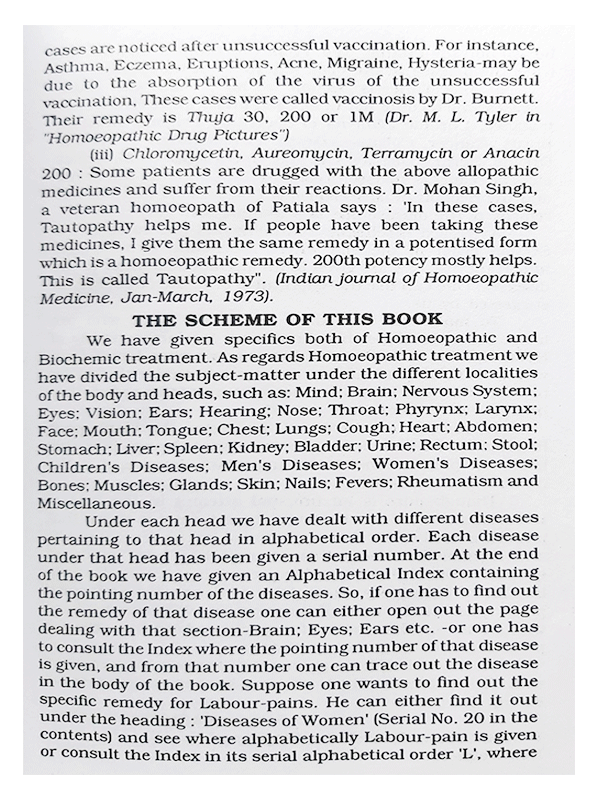 Prof. Satyavrata Siddhantalankar (b. 5 March 1898), who was nominated in 1964 to the Parliament (Rajya Sabha) by President Dr. Radhakrishnan holds the doctorate degree of Gurukula University. He had been its Vice-Chancellor for ten years. Since 1980 he is its Visi-tor. He was awarded Mangala-prasad Prize of Hindi Sahitya Sammelan in 1960 for his out-standing book on Sociology. In 1962 he was honoured by the Pan-jab Government as a litterateur by holding public Darbar at Chan-digarh where Rs. 1,200/- along with a Dushala were presented to him by the Chief Minister. In 1976 he was awarded Rs. 1,200/- by Gangaprasad Upadhyaya Puraskar Samittee, Allahabad, for his book 'Scientific Basis of Vedic Thought' (in Hindi). In 1977 Uttar Pradesh Government also awarded him Rs. 2,500/- on the same book. In 1979, Delhi Administration honou-red him for his literary attainments by presenting him Rs. 2,001/- with a Dushala. In 1981 Bhartiya Vidya Bhawan honoured him by giving him Rajaji Award of Rs. 10,000/- on his Hindi book 'Scientific Basis of Vedic Thought' declaring it as the best book written during the last several years. The same year President of India honoured him as an outstanding Vedic Scholar by awarding him Rs. 5,000/-per annum till life. In 1978 he presided over the International Aryan Conference at Nairobi. In 1982 he was invited by Dutch Indians to give lectures on Indian Culture in Holland, Belgium, Germany and England.

He is a freedom-fighter and went to jail in 1930 during Mahatma Gandhi's movement. His wife, Shrimati Chandravati Lakhanpal (deceased) also an M.P., went to jail as Dictator of U.P. Congress Working Committee in 1932. She also was awarded Mangalaprasad prize fOr her book on Educational Psychology.

He is a voluminous writer of great eminence. His books on the Vedas, Upanishads, Gita and Vedic Culture have made a mark in literary circles and these works number more than 35. His total writings cover more than 12,000 printed pages. He is now running 86th year of his life and is still benefitfing the literary world by his writings. His interests are varied. His books on Homoeopathy have won him laurels.

JUSTIFICATION OF THE BOOK

Some homoeopaths will question the advisability of writing a book on Specifics in Homoeopathy. Homoeopathy does not believe in specifics. It believes in symptomatic treatment, and as any remedy may be administered in any disease, provided the symptoms of the disease and the proved symptoms of the remedy correspond, hence there could be no specific remedy for any disease. Dr. Kent has said that whichever remedy covers the symptoms of the patient at the bedside, that alone is the specific at that time of that patient only. That is the philosophy of conservative homoeopaths who strictly follow the teachings of Dr. Hahnemann and of Kent.

Hence, the method of homoeopathic treatment as taught by the masters and advocated by teachers of homoeopathy is to centralise, organise, systematise and repertorise the symptoms and to evaluate them to find out the correct remedy. This is called going by 'Totality of symptoms'. A technique has been evolved to find out the correct remedy through grouping together the total symptoms by Boenninghausen, a contemporay of Hahnemarm. He said that the symptoms should be classified in four categories : Locality, Sensations, Conditions of Aggravation and Amelioration and Concomitant symptoms, for arriving at 'Totality of symptoms'.

The method of selection of homoeopathic remedy is so much complicated that efforts have been made to simplify it as the details one is expected to go through is so much time consuming that hardly any physician goes through it. In this connection, the idea of 'Three-Legged-Stool' of Dr. Hering is very interesting. He said that instead of going through all this legerdemain of symptoms, one should rely for one's prescription, in general practice, on General Symptoms (which means mental symptoms, whether the patient is irritable, calm, jealous, of angry temperament, etc.), Particulars (the location of disease) and Modality (whether he is hot or chilly, etc.). All this means that efforts have been made to simplify homoeopathy and bring it out, out of the intricate and the complex system that it is in, and to make it not only a preserve of the learned few but a popular mode of treatment which can be availed of by the people at home by initiation into the First-Aid remedies.

Herein lies the justification of writing a book on Homoeopathic Specifics. The late Dr. Sankaran of Bombay had been a very able prescriber and a very successful one. In an article in 'Indian Journal of Homoeopathic Medicine' (Oct-Dec. 1976) entitled : 'The Characteristic-Symptom-Totality in Practice', he wrote:

"Even though in theory and principle the totality of characteristic symptoms is to be considered, we do find that it is possible to have different valuations for different symptoms without this totality. For instance, I have closely followed the prescriptions of my teacher, Dr. S.R.Pathak. I have often found him ignoring symptoms like desires and aversions, thirst, reaction to heat and cold, left-sidedness, right-sidedness etc. and still his prescriptions are very successful."

"Therefore, this leads us to wonder what exactly is meant by the Totality of the Characteristic Symptoms".

Dr. Sankaran is pleading in these paragraphs the utility of clinical observation of certain remedies on certain diseases which one uses or may use in a routine manner without going into the lengthy process of finding out the Totality of Symptoms'. Indirectly his search is for the specifics.

Dr. S.R. Wadia, M.F. Hon. (London) of Bombay, who is also a well-known and successful Homoeopath writes in 'Torch of Homoeopathy' (April 1975) under heading 'Different Ways of Simplifying Homoeopathic Prescribing, as under:

"One may say there are no specifics in Homoeopathy and our science is based on individualisation. I agree, but there are near specifics, remedies which I have found very useful."

As an example, the following paragraph from his article throws ample light on the subject :

"I recommend to use our king of injury-remedy Amica, first preferably in 30th or 200 potency, repeatedly every few minutes. This remedy will not only prevent future complications but will prevent shock as a result of injury. Next comes Rhus Tox for sprains, missing a step, etc. Both these remedies will help reduction of synovial fluid in the joints also. Hypericum is specific for nerve injuries, especially to finger tips, toes. Never forget to give it in injuries to coccyx when a patient has suddenly fallen on his bottom and has injured the bone. Ledum is for punctured wounds (with needles or nails or with powerful pointed instruments), Symphytum and Ruta are both useful when bone and periosteum are damaged. When you are not sure of what part of the body or tissues are damaged and still the patient complaints of pain after these remedies are given, Bells Perennis will be found very helpful. Though Natnim Sulph is not an acute remedy, I have found it more or less like a specific remedy in remote injuries to the head."

The above paragraph is nothing but an attempt to find out some specifies in the complicated labyrinth of homoeopathy.

And this alone is the justification of our book which fulfils a demand by the layman, and also by a fresh physician, and one who is short of time in the face of a huge crowd of patients who deluge his clinic and for whom he has to prescribe in the limited time at his disposal. There is another class of physicians who deal only with chronic cases, who have enough time and who repertorise and do not prescribe without going into the totality of symptoms, who have the acumen of individualising the case, who are conservatives and not routinists. For them, this book is not written.

Since long there has been a School of Homoeopaths, who finding it diffcult to arrive at a single remedy which may cover all the symptoms of a patient, advocate a combination of Homoeopathic drugs selecting more than one drug for a disease and combine them in one dose. Seeing that the combination of drugs works, and further seeing that many physicians wanted to prescribe such a combination, a resolution was passed by the Homoeopathic Pharmacopoeia Committee of the United States of America in 1948 accepting such a combination to be given a legal status, which is contained in the form of a report in the sixth exition of the homoeopathic Pharmacopoeia of the United States of America. We quote as under :

The following report in the form of a resolution was presented at the business meeting of the Institute held on June 17, 1948 :

Whereas, combinations of homoeopathic remedies, or medicines, are in general use among homoeopathic physicians of the United States and,

Whereas, such combination of homoeopathic remedies are an essential part of their armamentarium and,

Whereas, the pharmacopoeia committee of the American Institute of Homoeopathy recognises the neccessity for the manufacture, preparations and distribution of combinations of homoeopathic medicines to meet the needs of these Homoeopathic Physicians using combination remedies.