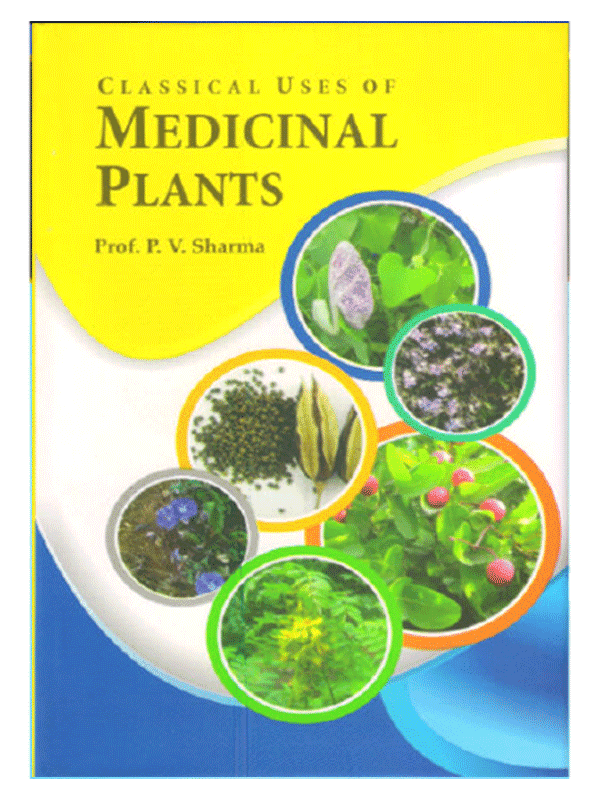 The 'Classical uses of Medicinal Plants' contains description of the uses of 395 medicinal plants arranged alphabetically and systematically according to different disorders as documented in Ayurvedic disorders as documented in Ayurvedic treatises right from the Brhattrayi to the siddhabhesajamanimala spread over a span of about 3000 years. In every item exact references have been given so as to enable the readers to consult the original text, if necessary, though, for convenience, the original quotations have also been given in the latterportion of the book entitled 'Sastriya osadhiprayogasangraha'. At the end, two appendices are added- one for diseasewise indication of medicinal plants and the other on glossary of medical terms.

The book would be useful, on one hand, to physicians for selecting effective drugs and, on the other hand, to research scientists who may plan scientific studies on these clues in order to discover potent remedies for problem diseases. This may also serve as complement to Dravyagunavijnana vol.-II and a base for developing Clinical Pharmacology (Prayoga-vijnana) in Ayurveda. Besides, it throws light on identification of many new plants.

Prof. P. V. Sharma is well known for his valuable contributions in the field of Ayurveda. During the last five decades he has written in various aspects of Ayurveda-literary as well as scientific, conceptual as well as historical.

Born on 1st November, 1920 in a small village near Patna, in the family of traditional vaidyas he gradually acquired highest degree in Ayurveda, Sanskrit and Hindi and held highest post in academic and administrative fields. In Bihar, he was, for many years, Principal of the